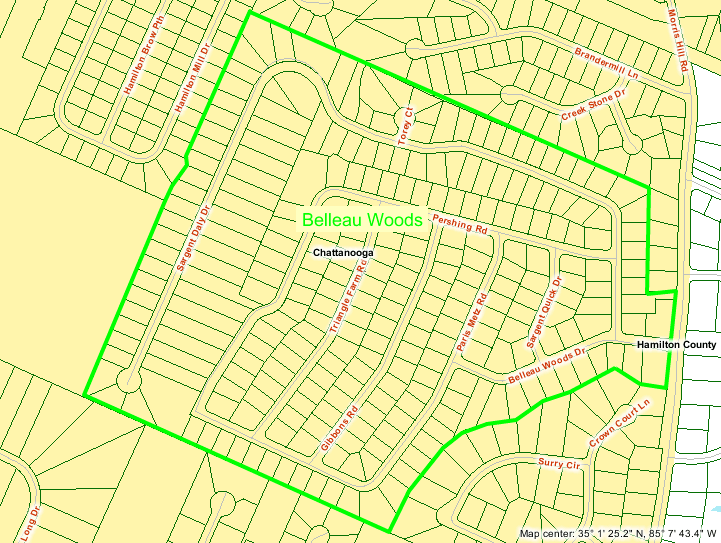 Belleau Woods is located near the intersection of Morris Hill Road and Igou Gap Road. It is considered to be one of the best neighborhoods in the Chattanooga area, and just minutes from great schools and great shopping in the nearby Hamilton Place district.

Composed of 261 single family homes, the neighborhood enjoys a diverse mix of families, with amenities such as sidewalks, gas street lamps and architectural-style mailboxes.

The name Belleau Woods (or French, Bois de Belleau) comes from a battle fought in World War I in France about 50 miles east of Paris. 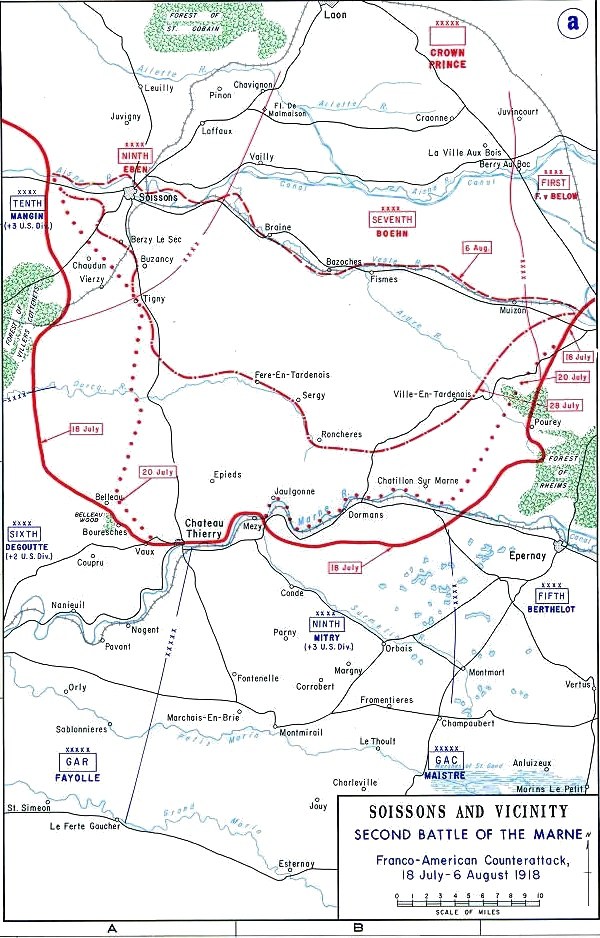 Most consider it as a turning point in the war and one of the worst.

The battle was fought to straighten out the Allies lines and to keep the Germans from advancing toward Paris. The major fighting was done during the month of June 1918. The 5th and 6th Marine Regiments did most of the fighting with a few reinforcements from the Army and other Marine regiments.

Belleau Woods (Bois de Belleau) was not one solid mass of forest, but made up of many one to five acre patches of woods with oat and wheat fields in between.

Paris Metz Road was one that ran into Paris and important to maintain control of supplies and not give the Germans easy access to Paris.

Triangle Farm was to the south of the woods and where the 6th was maintained for a while.

Major General John J. Pershing was the commander of all the Army and Marine troops sent to Europe.

Sgt. Major Daniel Joseph (Dan) Daly participated in the battle at Belleau Woods and was very well respected by his superiors as well as his troops. He is one of only two men to have received the Medal of Honor twice for separate acts of heroism.

Floyd Gibbons was a war correspondent for the Chicago Tribune and went to report on our efforts on the front lines. He was awarded a posthumous Gold medal, making Floyd an honorary member of the Marine Corps. The first such civilian honor ever made in the history of the Marine Corp League.

Torey (possibly Torcy) is a city north of Belleau Woods.

Sgt. John H. Quick was a United States Marine who received the Medal of Honor for his actions at Guantanamo Bay, Cuba in 1898 during the Spanish-American War. He was also received the Distinguished Service Cross and the Navy Cross during World War I.